A downloadable game for Windows, macOS, Linux, and Android

This is a platformer game that takes you to worlds that are full of dangers and challenges to conquer. Our little protagonist is an unnamed fellow that somehow ends up stuck in these  worlds, whose only wish is going home (and surviving of course).

The game is complete but I will update it for bug fixes and such.

Other Worlds is  free but if you decide to give anything, I will sincerely appreciate. And if you are interested,  the source code for the game is now also available for purchase for a limited time only.

This game has a really good level dwesign, but there are a few problems with the character itself:

1- The lack of momentum makes the more difficult platforming sections a bit more frustrating (also, why doesn't the jetpack respawn when you die?)

3- The hitboxes should be fixed, it's difficult to jump on a small enemy sometimes

Overall, this game is really fun  and being able to play it on the get go is really good, keep making!

Thank you for playing my game and giving me your feedback. I'll make sure to address most of the issues you raised in my next update. And I meant for the jetpack to respawn only after the player loses all lives so as to not make the player dependant on the jetpack and I was hoping this would make the game more challenging. Thanks again for your feedback, its really helpful :)

Hey brotha! I just played through the first world of this game. I had a lot of fun! A few suggestions in case you plan to update this game later on:

1. This is a bit of a nitpick. I think it'd be cool if in the "How to Play" page, you let people use a button on the controller to exit back to the Main Menu, rather than having to use the mouse to do so.

2. Jumping is overall good, and the levels are designed well around the jump height, but the jumping could be a bit more fluid. If you want the jumping to feel top-tier, you should make it so that rather than having the character jump a fixed height every time, make it so that tapping the jump button without holding it only makes the player jump at a small height, while the player has to hold the jump button to jump at the maximum height.

3. Having a sound effect when jumping on an enemy or sliding through it would make killing enemies a bit more satisfying.

4. There was a glitch at the end of the first level. I touched the exit door from above, and it caused the character to disappear without going to the next level. I'm not sure if this happens in later levels. Entering the end door from either side works fine though.

5. How many worlds are there in total? If there are more than a few worlds in this game, you should add a save system so players who make it past the first world can exit the game and later continue from where they left off.

With all that said, I do enjoy your game a lot, and I will share it on Twitter. Hopefully I can get others to try it out. Keep up the good work!

Thank you very much for the feedback, I will be sure to add the changes and fix a couple of bugs in the next update   :D

I played your game again. I played through World 3. Please check your messages on Twitter. I sent you some feedback about some glitches I found in World 3.

can i download all the image about player and background pls

i will make in gamemaker

You can. The art is not mine, you can download the art pack for free at Kenney.nl

You will find the art pack on https://kenney.nl

The game is really cool so much fun had fun playing it mechanics and art is awesome the music on the background great so well done rated 5/5 :D i hope you enjoy my gaemplay

Thank you so much for playing my game and for making a gameplay video about it!

I'm glad you liked it :D 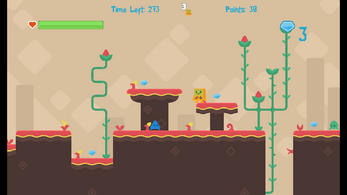 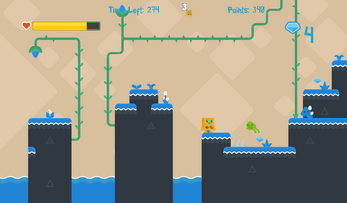 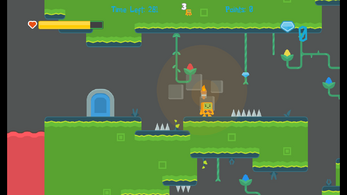 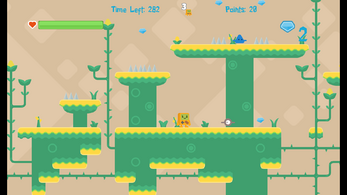